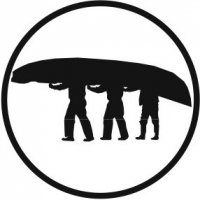 Cló Iar-Chonnachta (CIC) was founded in 1985, and since then we have published over 300 books and 150 music albums. Among the most productive publishing houses in the country, CIC employs five people full-time in our offices in Inverin, Connemara. We are the largest private Irish language publishing company in Ireland.

CIC sees itself primarily as guardian and patron of Irish language and Gaeltacht culture. We understand the great value of this culture, and the importance of protecting and fostering it. Our aim is to encourage and support our musicians and writers, and to help to bring their arts to a national audience.

CIC publishes a wide range of literature; anthologies of poetry, short stories and songs, novels, teenage fiction, children’s books, theses and history books. We have published some books in English, mainly translations of important Irish language literature, and also some bilingual books. Many of these works are available in audio format, many as part of the series An Béal Beo.

In terms of our music catalogue, CIC’s original goal was to record the musicians of Connemara, and in particular its sean-nós singers, to ensure that their rich tradition would be available to future generations. This remains one of CIC’s priorities, however our brief has been expanded to include many different genres of music including traditional, sean-nós from all over Ireland, Cajun, country and Cape Breton.

Micheál Ó Conghaile, a well-known and respected writer, founded the company in 1985 when he was a university student. A prolific and talented writer, he has been awarded many prizes for his work. His novel Sna Fir was named on the shortlist for the Irish Times Literary Prize 2001, he received the Butler Literary Prize 1997, and in the same year he won the Hennessy Literary Award for his short story Athair.